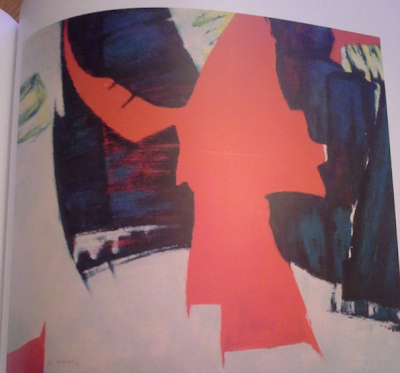 Pg 140 - Monday, 1st of July, 1935. Macdonald's daughter, Fiona turned 8 that day. They had macaroni and a cake. If I have learned anything from these journal entries so far, it is that the Macdonald's ate a whole lot of macaroni. Also, I didn't know before now that he had a daughter (and still don't know if he had other children.) My oldest son, Lukas, turned 8 last week.

Pg 142 - In the first three weeks of his journal, there's no mention of painting at all. He's basically trying to survive in this environment, and adapt to his new surroundings. He's taking it all in as he's looking for a plot of land which he could build a home upon. From the sound of his notes, this is a far more physically difficult task than looking at new homes with a realtor.

Pg 142-143. Thursday, July 11th, 1935 - "We hear that England says she'll support Ethiopia against Italy + the rest of the world if intends to declare war on Ethiopia. It may not be long before the world is thrown again to war. We have come here to be away from the foolishness of humanity."

Pg 145- Sunday, July 20th, 1935: Took his daughter to Friendly Cove, and the two of them painted the scenery. Pg 146- Monday, July 21st, 1935: "I might as well note the fact now that I feel I have been pretty much of a failure as far as being a practical success. I wonder if I can become a success with the future efforts to be made with paintings from a spiritual expression. Continual depression seems to be my state of mind. No doubt when we know exactly what the future is to be I can plan definitely for a programme of development."

It's 9:08 am now. Gonna hop in the shower real quick and head over to the gallery. Have to be back here around 1:30. So I need to be there right when the gallery opens in order to get anything accomplished today. So it goes.