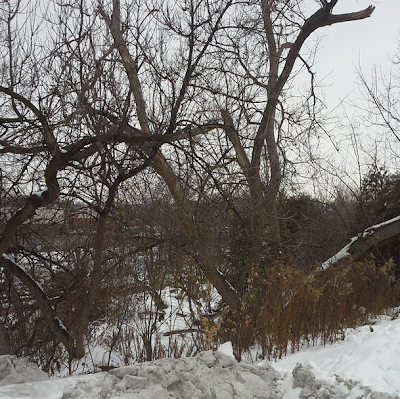 Thank you, Linda for lending me this!

from the "Director's Forward" by Kathleen S. Bartels, Gabrielle Peacock and Jon Tupper, pg. 7 - Macdonald was an early supporter of Emily Carr. He bought one of her pieces in 1938.

pg 10- Lawren Harris moved to Vancouver in 1940, and he went sketching with Macdonald in the Rockies in 1941. I need to find images of some of these sketches before my trip to Kelowna.

pg 10 - While serving as President of the British Columbia Society of Artists attended a conference in Kingston where the groundwork for what would later become the Canada Council for the Arts was laid.

pg 11 - Became friends with Maxwell Bates while living in Calgary.(That's who the letters to "M. Bates" are in the Zeman's catalogue." Many of the direct quotes from Macdonald I've mentioned earlier here are in correspondence with him.)

pg 12 - Had a solo exhibition at the San Francisco Museum of Art.

pg 12 - The first Painters 11 exhibition was at the Roberts Gallery in 1954. Seriously, I have got to go into this place. I've lived in (and around) Toronto since 1994, have been pretty active in the art community here since '98, and I've never been in there. Honestly, it just looks like a high-end, frame-makery kinda gallery now. Like Yorkville but worse (since it's on Yonge Street, which let's face it, before you hit St. Clair is filled with tourists and bong shops). I mean, who ever hear of a serious art gallery on Yonge Street? It's so cool the way art in a city moves around through time.

pg 12 - DUDE MET MARC CHAGALL IN 1954. Although Debuffet was more influential on Macdonanld, I gotta say that Marc Chagall is the far cooler meet and greet.

pg 13 -Macdonald's AGO (or AGT at the time) retrospective in 1960 was the first for a non-Group-of-Seven-living artist in the gallery's history. Crazy cool.